The Art of Emptiness 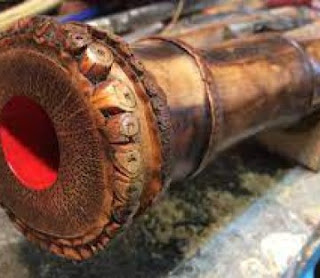 The composition below is called Woodmaster and it is written for solo Taimu shakuhachi and dedicated to Ken Mujitsu LaCosse, designer and maker of Taimu. Taimu is a wide-bore, natural bamboo variant of shakuhachi, the root-end bamboo flute from ancient Zen Buddhism. This flute itself calls into question rigid lines or divisions between masculine and feminine, sacred and secular: it comes from Zen, but it also comes from the dirt (the root-end was indeed roots in the ground, part of its rhizomial roots network underground); we play meditation pieces on it but I play gutbucket blues riffs on it too. It is smooth yet coarse in its textural possibilities (...)

We dissolve dichotomies with this instrument, yet the sacred masculine has certainly fueled the making and playing of this flute and this song specifically.

The World According to Joe
It’s not important who we are, just how we think. For those astrologers, I am a Gemini so most of the time I can see multiple points of view.